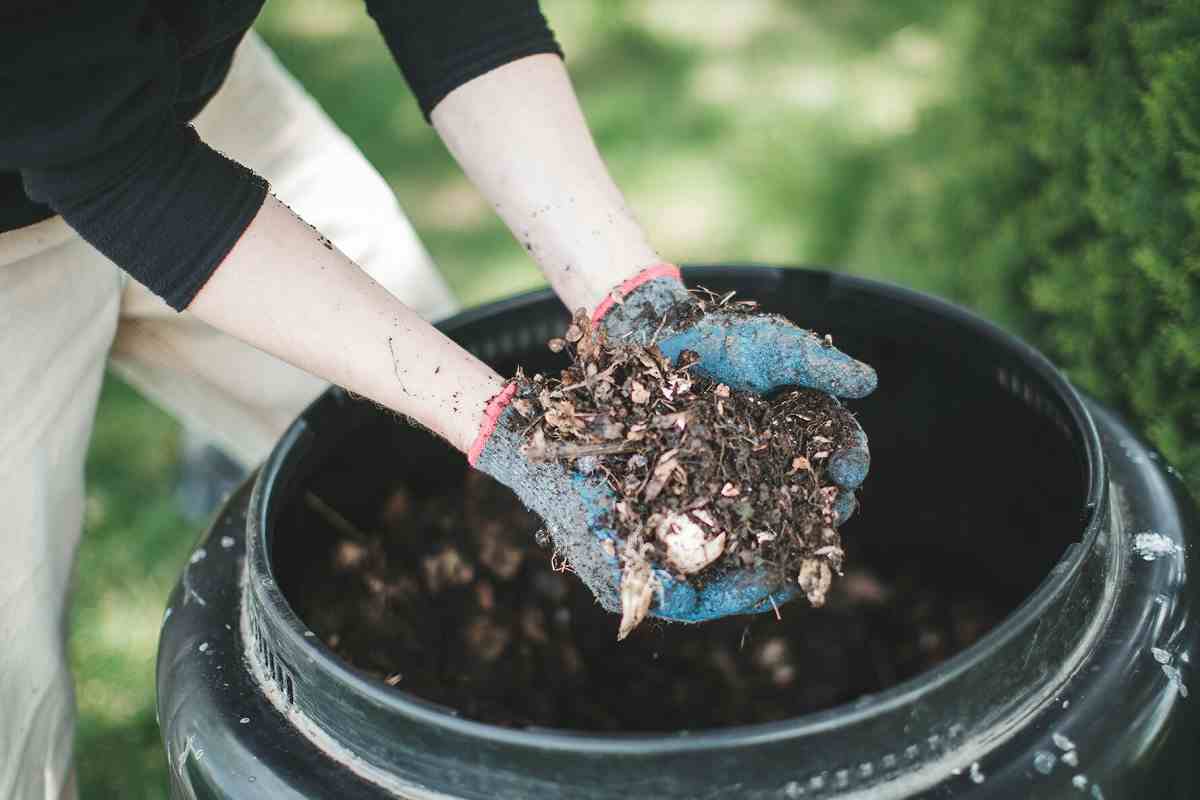 Turning Wood Into Compost: How To Compost Wood Chips Fast?

Wood and chipped bark have an extremely slow rate of natural decomposition. Depending on the size of the chips, this can take several months. The chemically complex Lignin present in wood provides a physical barrier against enzymatic decomposition by bacteria and fungi. However, there are ways to speed up the process. Whether it is the occasional rotten fence post or sawdust and wood shavings, with the tips in this article, you will be able to compost wood in no time. So let’s dig right in.

The Natural Decomposition Of Wood

Wood is the most abundant organic matter present on earth. As such, the decomposition and decay of wood is an important aspect of the biogeochemical carbon cycle. Fungi are considered the first agents of wood decay. Common species such as wet rot fungus and jelly rot fungus are known for their role in assisting wood decomposition. These fungi help break down the tough lignin present in wood.

Other detritivores such as bacteria and invertebrates such as beetle larvae, woodlice and millipedes also play a critical role in the process. 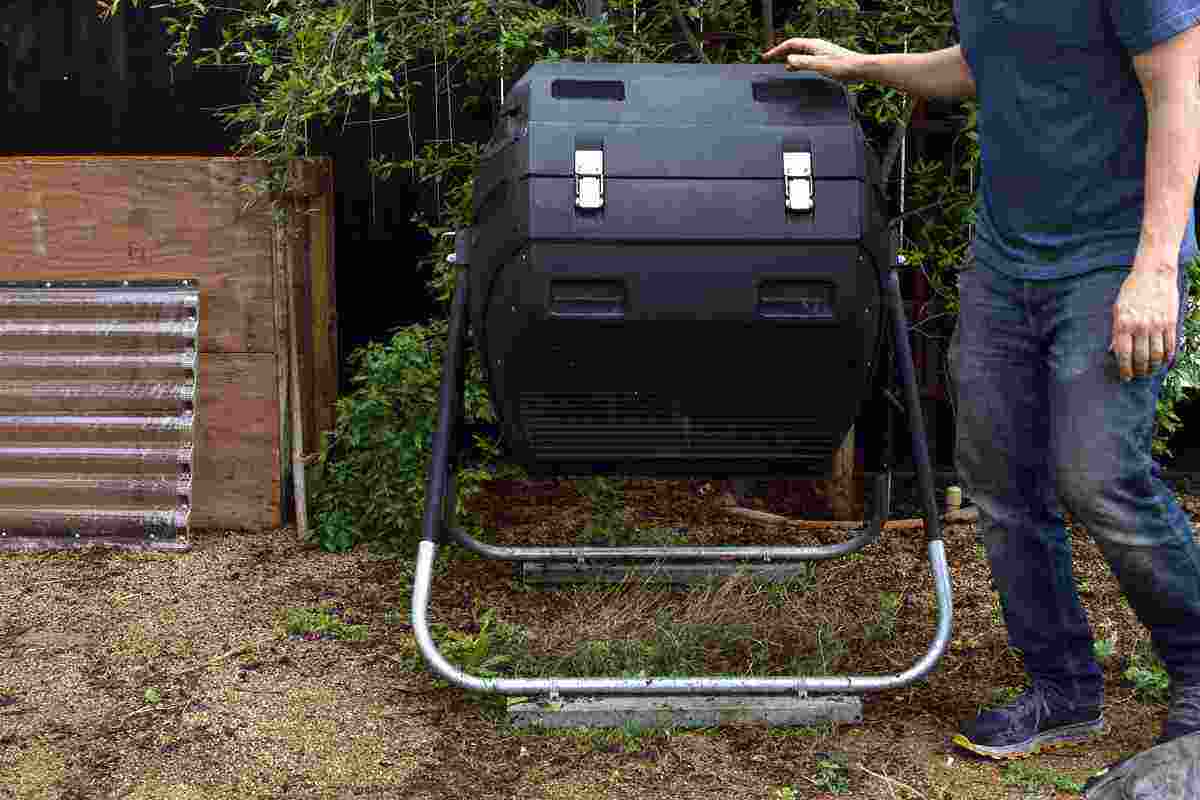 Backyard farming using household items is an interesting thing to do. People collect organic wastes, accumulate food scraps, and even buy manure to prepare compost for their backyard farm. However, many of them are still not able to get the desired results. The problem lies with the structuring of the compost pile. If organic matter is not set in layers and turned regularly, the compost will take more time to form. For this reason, using compost tumblers can give better results than conventional compost piles. In this article, let us understand how to use a compost tumbler to prepare high-quality compost.

Continuous compost tumblers are the most suitable for backyard composting. You need to add kitchen waste, yard scraps, and other organic material to the compost tumbler, continuously throughout the year. 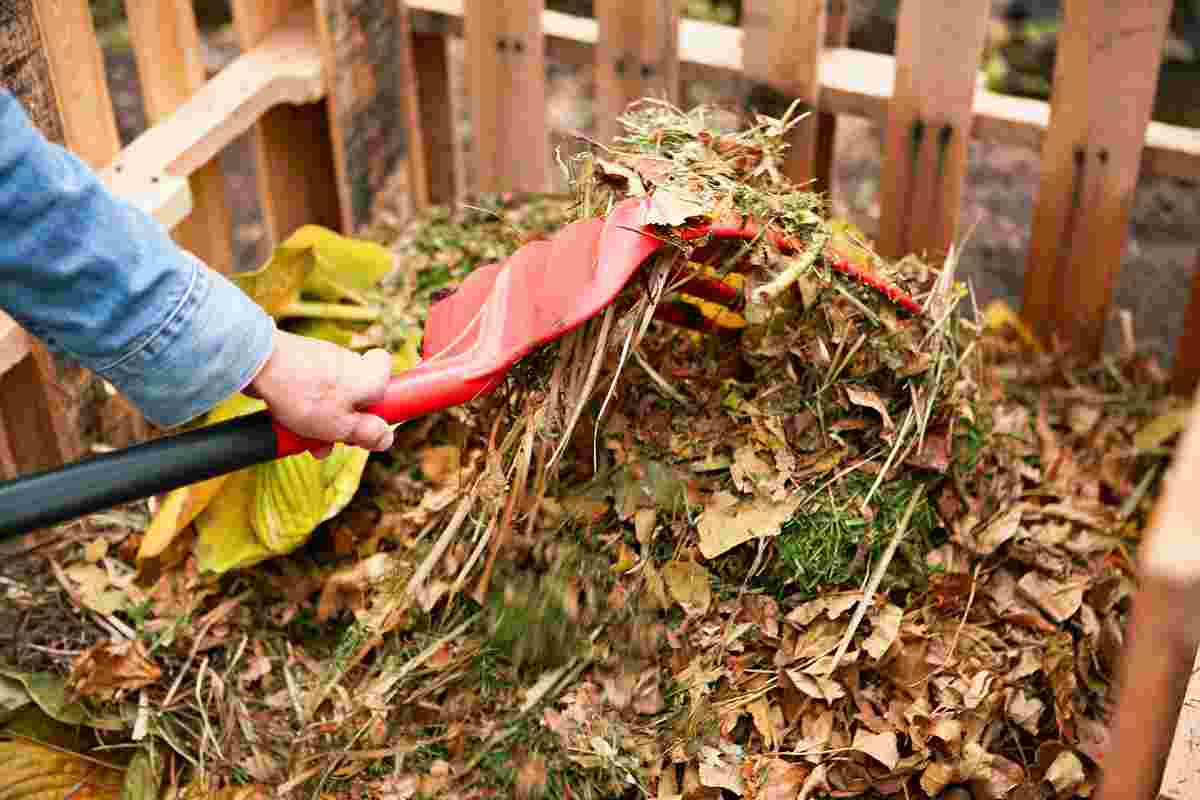 5 Simple Steps On How To Compost Leaves: The Complete Guide!

Environmentalists have recommended composting as a sustainable way of life, for many years now. Not only is it extremely beneficial for Mother Nature, but it is a great way of saving money. On top of that, compost is a thousand times better than any chemical fertilizer, to improve the quality of your garden visibly.

Composting also reduces greenhouse gas emissions and infuses the soil with nutrients and minerals. The process includes using a variety of organic materials found in every household, significantly reducing the amount of waste generated by a single home. In our article, we will tell you how to compost leaves, a basic component that makes for excellent compost.

Any person with a respectable garden will have fallen leaves lying on the ground, all year round. While fallen leaves decompose naturally into the soil, they can be collected and put to better use. Dead leaves and twigs are an essential part of any compost; this ensures that no part of your garden goes to waste.

Before we start talking about how to compost leaves, let us take a look at all the substances you can turn into compost. Any compost consists of three major components. 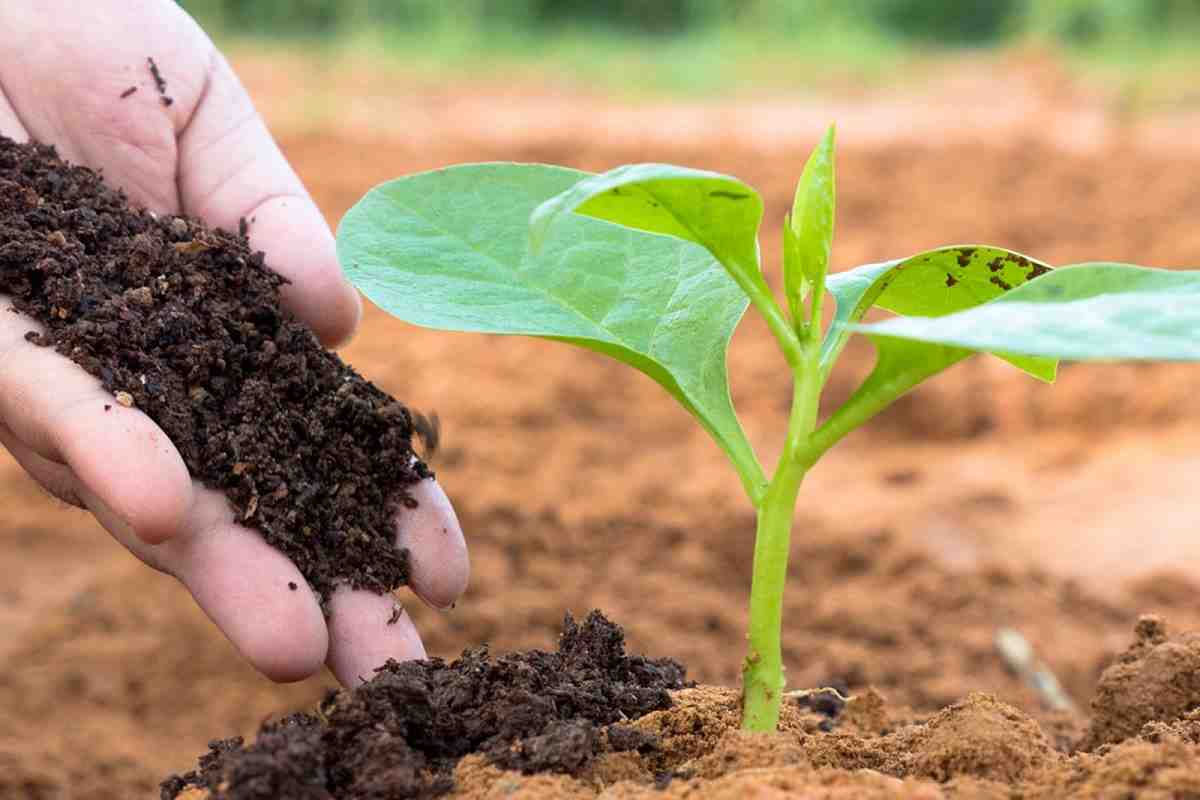 The Science Behind Composting: How Does Compost Work?

Everything organic will inevitably decay at some point of time. This is thanks to the trillions of microorganisms thriving on decaying detritus in every nook and cranny of our environment.

Composting is basically a process that utilizes the inherent abilities of these microorganisms to speed up the process of natural decay. According to the USDA (United States Department of Agriculture), this is achieved by providing an ideal environment for detritus feeding microorganisms to thrive.

If all of this sounds confusing to you, read on as we break down the science behind composting and how every household can use it to pave the way to a more sustainable future.

Why Is Composting Essential?

The United States alone generates approximately 210 million tons of trash (solid waste) each year. Most of this trash gets placed in municipal landfills. These landfills take up a huge amount of space and also release methane, one of the most potent greenhouse gases. 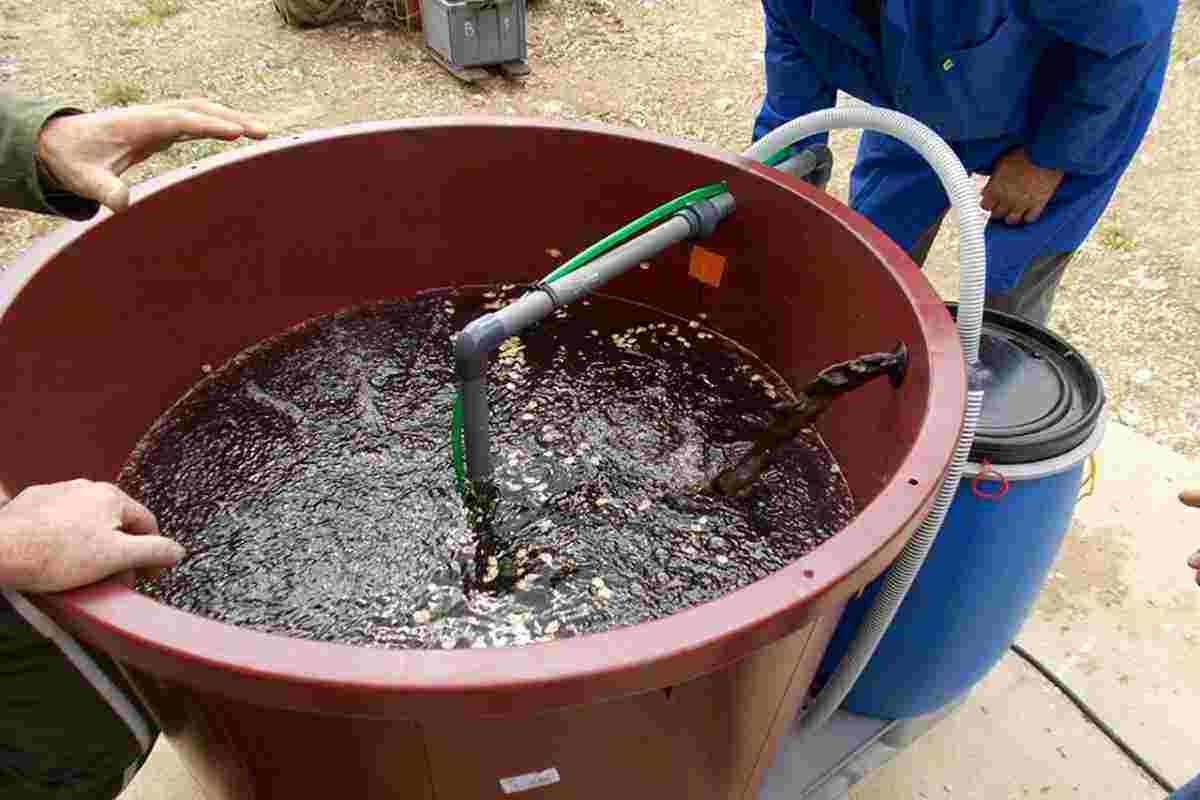 Brewing The Liquid Gold Of Gardening : How To Make Compost Tea?

Compost tea has been hailed as the liquid gold of gardening, a magical elixir that makes plants grow faster, healthier and more vibrant. Many gardeners swear by these benefits of compost tea. This concoction of organic matter is carefully brewed to give your soil a boost towards optimum health. If you too are intrigued by the concept and want to find out how to make compost tea for your own garden, we are here to help you.
What Is Compost Tea?

Basically, compost tea is a liquid organic fertilizer for your houseplants, flowers, fruits and vegetables. Compost tea carries within it concentrated nutrients and plant friendly aerobic bacteria, fungi and nematodes. The liquid is a nutritionally rich, well-balanced organic supplement made for your plants by steeping aged compost in water.

Compost tea is a great way to love your plants naturally. This mild liquid fertilizer can be used at any time of the year to boost the overall health of your garden. What is great about compost tea is that you can make your own right at home, with some fresh well-matured, finely broken down compost. If you wish to know more about natural composts then you should look at organic composts.

How To Compost – The Complete Guide

There is a dire need to preserve the environment at this moment. What better way to start the revolution at home than to make your own compost? It will reduce waste and help maintain your garden. The question is – how to compost? This article will cover all you need to know about composting.

Before learning how to make compost, we must first know what compost really is.

Compost is a mixture of different types of organic waste, like vegetable peels, seeds, etc. It is also known as a ‘soil conditioner’ since it is rich in nutrients, and when mixed with soil, it acts as a fertilizer.

How Much Compost Do I Need

Tired Of Asking ‘how Much Compost Do I Need For My Soil?’ Here’s A Guide To Solve All Your Problems.

People who do commercial farming, or those who grow plants in their small house gardens, take great interest in knowing more about composts. Compost helps in enriching the soil’s nutrient composition. It helps obtain better yields of vegetables and fruits, and accelerates the growth of flowers, crops, etc. To obtain these remarkable gains, people start adding a lot of compost for faster results.

While adding compost does help, the calculation for using compost should be appropriate to reap such benefits. You may have questions like ‘how much compost do I need’ or ‘what amount of compost is excess?’. This article aims to answer all your doubts and guide you about the use of compost.

Using compost provides several benefits, which we shall discuss further. However, neither does excessive use of compost guarantee these benefits, nor is it very healthy for the soil. 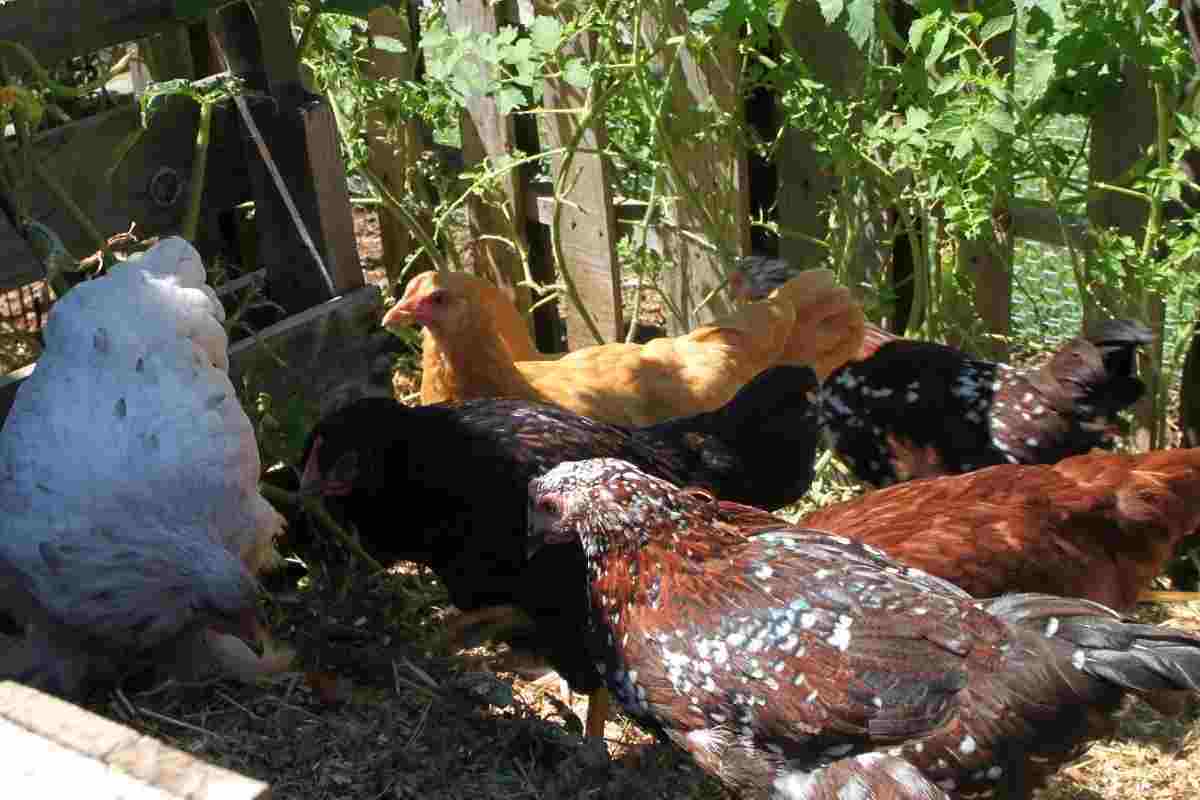 How To Compost Chicken Manure?

It is possible that if you own chicken and other poultry, you might be earning well by selling eggs and other products. However, what if we tell you that your chicken can add to your income further?

Any average sized chicken can produce up to one cubic foot of manure every day. If you compost this chicken manure and add it to the soil, you can enhance the soil health and grow crops commercially. Therefore, we will teach you how to compost chicken manure and use it to develop your vegetable garden.

Unlike other animal’s manure and excreta, chicken manure is too strong and cannot be used in its raw form to grow vegetables and fruits. Chicken manure is known to damage the roots of the plant permanently. However, the compost prepared from chicken manure with hot composting techniques can enrich the soil with essential nutrients.

The benefits of using chicken manure compost are: 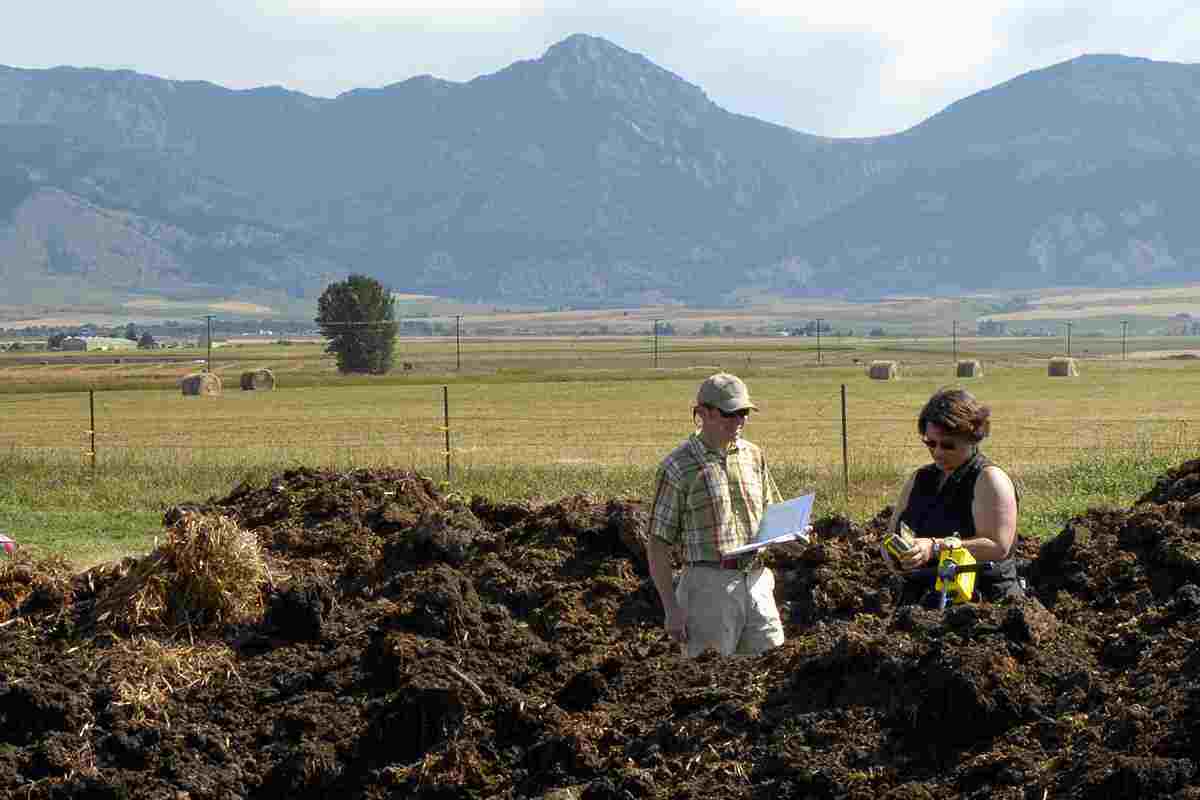 How Often To Turn Compost: Everything You Need To Know

While composting is great for your garden, the process itself can be quite tedious and time-consuming. Turning your compost heap is a great way to aerate it and substantially speed up the decomposition process. But, how often do you really need to be turning your compost pile to get the best results. Let’s find out.

The Benefits Of Turning Your Compost

Let’s start off with a simple lesson in biology. There are basically two types of bacteria you will find in your compost pit- aerobic and anaerobic bacteria. Aerobic bacteria are super efficient at breaking down the organic waste you dump into the compost. They do, however, require oxygen to thrive and metabolize.

On the other hand anaerobes proliferate in oxygen deprived environments. However, these microorganisms aren’t efficient at decomposing organic compounds. They excrete toxic substances like hydrogen sulfide in the process, which can result in a rather unpleasant smell.

Several problems can create an anaerobic environment in your compost heap. This oxygen deprivation can lead to dwindling populations of aerobic bacteria, slowing down the process of decomposition. Turning your compost can help eliminate most of these problems. Let’s see how 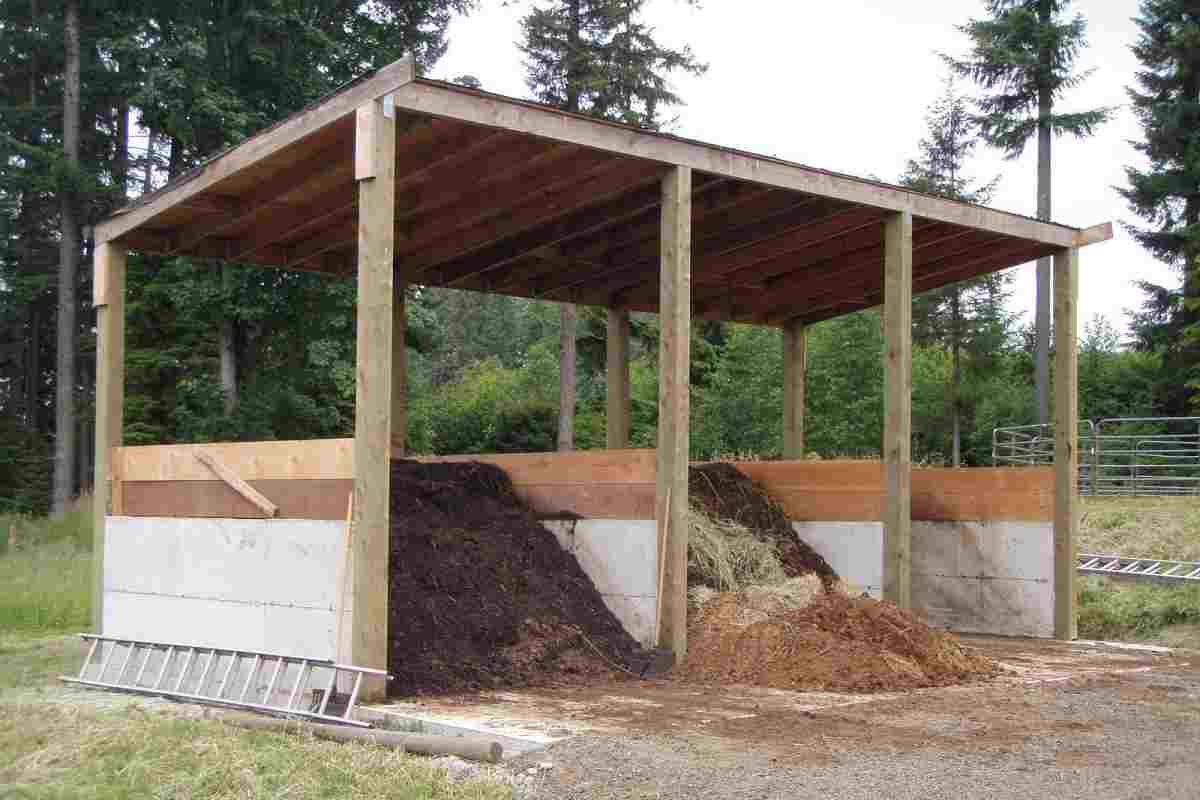 How To Compost Horse Manure

If you own a horse, you must know that horses excrete up to fifty pounds of manure every day. This amounts to approximately eight tons of manure yearly. If you do not dispose of this waste in a timely manner, you will end up with a giant heap of manure in your stable. Composting horse manure is the conventional method of managing it effectively. Therefore, in this article, we shall teach you how to compost horse manure.

Next, you need to decide whether you want to make the compost by the bin method or the pile method. While both these methods are successful in decomposing organic matter and producing compost, the bin method is more sophisticated and easy to manage. However, the traditional pile method, where you make five to six layers of organic matter and lay them in the open, can be useful if you need to compost horse manure in bulk.